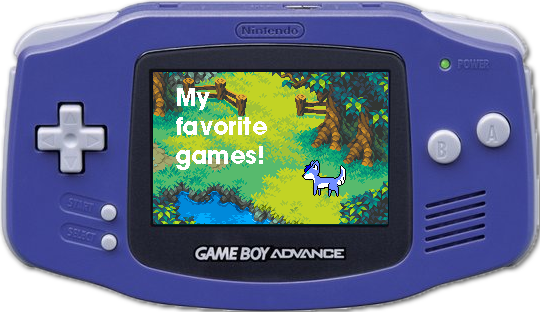 I'm not the biggest gamer in the world, but i do like to play some videogames from time to time!

i've always been very into Game Boy Advance games, ever since i was a kid! i remember playing on the VBA emulator with my brothers all the time. Other than that, i've never been too huge into games though. 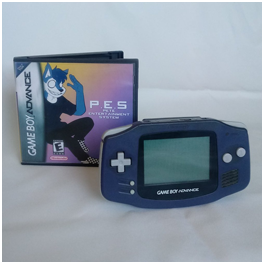 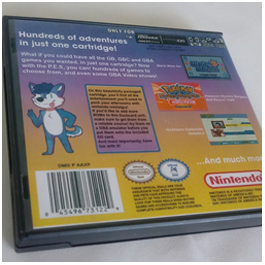 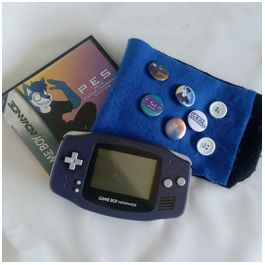 My GBA! it was a gift from Flora (love you!), and because i'm just That extra, i made a box for the flashcard i got, as well as a small soft pouch with custom-made buttons!

I really love everything about the GBA, the design of the console itself is just fantastic (thank you Gwenael Nicolas), the game library is pretty much endless, it's jam packed with great titles and it's full of personality. I grew up with GBA emulators, and only recently i got the real deal. I couldn't be happier! it's just fantastic. Once i get the money, i'd love to give this bad boy a new case, new buttons and maybe even a backlit screen. I'm very into customization of pretty much anything and everything, so i'd love to go crazy with the colors, maybe even 3D Print a back sticker or something!

i'm using an EZ Flash Omega flashcard to play games, since getting original ones is very expensive, specially when you live in Chile... shipping is pretty expensive and i'm not made of money.